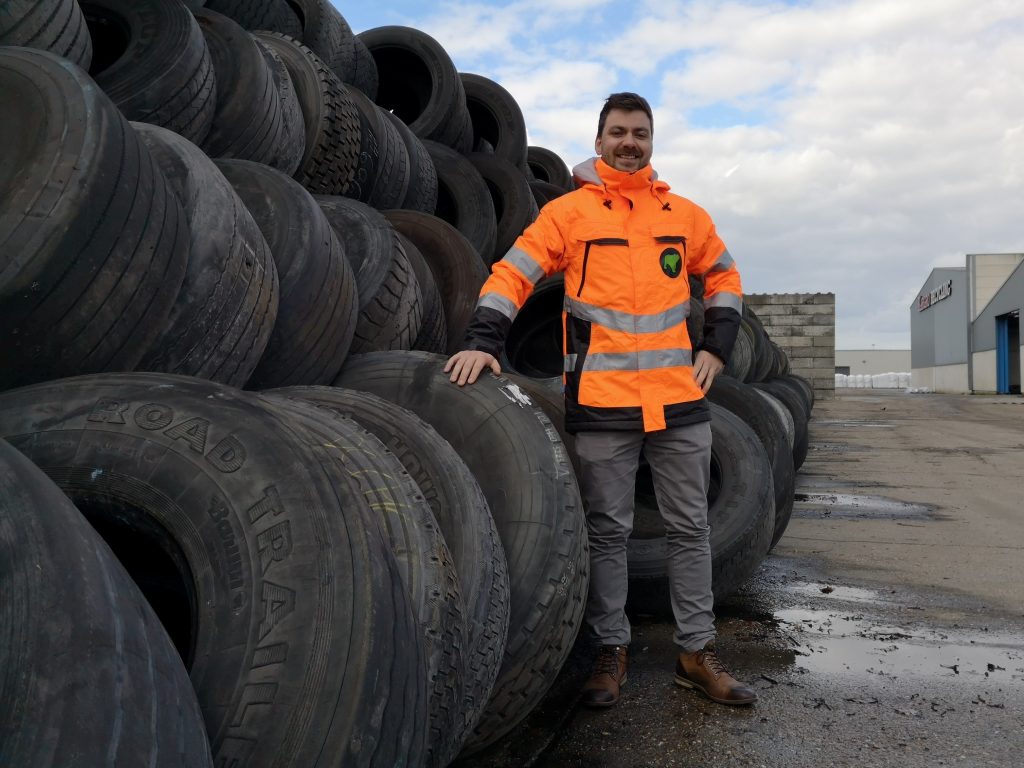 ‘My first day at Black Bear’ – The story of Michiel, our new Process & Maintenance Engineer

On Wednesday, February 6,  I drove to Black Bear Carbon for a first workshop. My official start date was two weeks later. I felt excited and a bit nervous at the same time. Meeting my new colleagues for the first time, hearing about my first excitement – would there be a place to sit?

As I turned the corner towards the entrance of the Black Bear office and first plant, I noticed immediately something unusual had happened. Fire trucks, police cars, and media were blocking the entrance.. It did not take me long to realize that something was off. One of the firemen eventually led me through so that I could enter the reception and – hopefully – meet my team.

The first person I met was Serena, our Office Manager, who’s first thought was to sit me down and give me a cup of coffee. She gave me an update on the situation. A fire had occurred at the plant that night. Even though the fire trucks kind of gave it away, I was still unaware of what this chaos was all about.

At that moment, Serena already knew that the fire was already under control and nobody got injured. I could sense the relief this brought to the team members that on site. Obviously, the planned workshop wasn’t going to happen. Most of the other team members had gathered at a hotel and she suggested that I’d go there and join them.

As can be expected, I was a bit nervous for my first day on the job. That morning, while brushing my teeth, I tried to visualize the day ahead. Who was I going to meet? What was I going to do? I even rehearsed my punchy one-liners to make that real lasting impression! Many scenarios crossed my mind. The situation I eventually found myself in certainly wasn’t one of them.

I decided to follow Serena’s advice and meet the rest of the team at a local hotel. As I drove there and walked in the lounge, I really felt out of place. Here’s a group of people that know each other well and just experienced a huge loss. Many had helped design, build, commission and run the first factory. Sold its first products. Spend late nights making improvements. And … here I come the new kid on the block … It was a pretty bizarre situation.

My approach was to take an observing role, be a fly on the wall. It was a very interesting opportunity to observe my new team members in such a chaotic happening. I could see a lot of shocked faces with a look of frustration and uncertainty. But also the sense of family. People shaking hands, hugging and trying to console each other. As the morning progressed, more and more people introduced themselves.

Around 11am, the CEO Martijn gathered the troops for an  update. By that time, everyone had already taken some time to process the event in their own way. For some that meant phoning friends and family, for others it simply meant staying close to the coffee machine. As Martijn spoke you could sense a change in the room. The initial shock and frustration made room for team spirit and belief.

The Bears quickly put their heads together and started working as a team. Without instruction some started tracking all the news that was going around, others starting gathering information that was need to communicate with stakeholders, insurance companies and authorities.

I was genuinely impressed by the way the team got together and how they started working right away with great determination. I instantly felt part of the team.  I even discussed my new role over cup of coffee!

Two weeks later was my official start date. I checked the news. No fires in Nederweert. I arrived and I was welcomed with open arms. I was hired as operations and maintenance engineer and made the transition to ‘damage assessment engineer’ that morning!

I am now around for a couple of weeks and decided to share my experience. Black Bear is a remarkable company. I joined at a chaotic period but the team seems stronger than ever! Everyone’s attitude and ambition to realize the company’s mission is very inspiring. The company has taken a hit but the team has channelled this  into dedication.

I’m very looking forward to being a part of this team and contributing to its worldwide growth. And that’s coming from a guy who, during the first day on the job, arrived at work to see the plant burning down. Stay tuned folks. Black Bear is a team worth keeping an eye on.

Black Bear is a.o. a partner of